Story – This garden project involved re-designing a large old traditional back garden in the centre of Edinburgh, near the Royal Botanics. The brief was to create an interesting garden that was easy to maintain but also great for kids to play in and garden in.

There was the existing elements of a once good garden that had become difficult to maintain and starting to disappear under couch grass, creeping buttercup , brambles and alike. Also in amongst this was great trees and shrubs…..and lots of old stone.

The re-design comprised a large new rectangular lawn to be crisp and great for football, tennis…rounders etc etc and areas to explore so a whole network of pathways and routes was created that lead off from and back to the main lawn….some of these were formal and paved whilst others involved pushing through dense clumps of bamboo to find hidden dens etc…..

Again everything was retained and re-used where possible and again no skips were required for the works, excess was recycled in small trips with a pickup. …first works undertaken was a large semi-circle beech hedge planted using large bare-roots in late February and many months before project scheduled to begin. This was to take advantage of the cost effective way to have a reasonably established hedge, as long as the bareroot specimens take…. A lawn specialist also installed a high grade sports turf for the main lawn / football pitch during the spring as the best time for it to establish.

Nearer June /july works began with the clearing and constructing the main parts of the back garden away from the lawn, including the walls, paving and ‘woodland patio’ with it’s crumbled walls. Also constructed was an adventure play centre setback under the beech trees and an existing very large tree stump was smoothed, sanded and set in a concrete footing to act as an extra play feature / wildlife feature. Around this area wildflowers and natural paths were created, with the planting and surfaces becoming more formal towards the central path with it’s cloud pruned Japanese holly as a end of path focal point.

Around the lawn area further paths were created including a paved shortcut through the trees and shrubs for the kids to get to their nearby school. Along the other boundry beside the lawn where there is an existing greenhouse and network of raised beds were constructed to enable growing fruit and veg as well as tackle existing ground elder etc.

Leftover trellis frame used to screen and protect the greenhouse from footballs and also the utility area/ woodstore, has been used to create two 5-aside football goals so matches can begin straight away! The whole design brings together an old existing garden into a new fresh garden made up of wild, natural, contemporary, fun and controlled areas, beginning to answer all the different needs and uses required of it. It has been designed to look as good in it’s colourful height of summer as it does in it’s sparsely bleak winter…and so far so good! 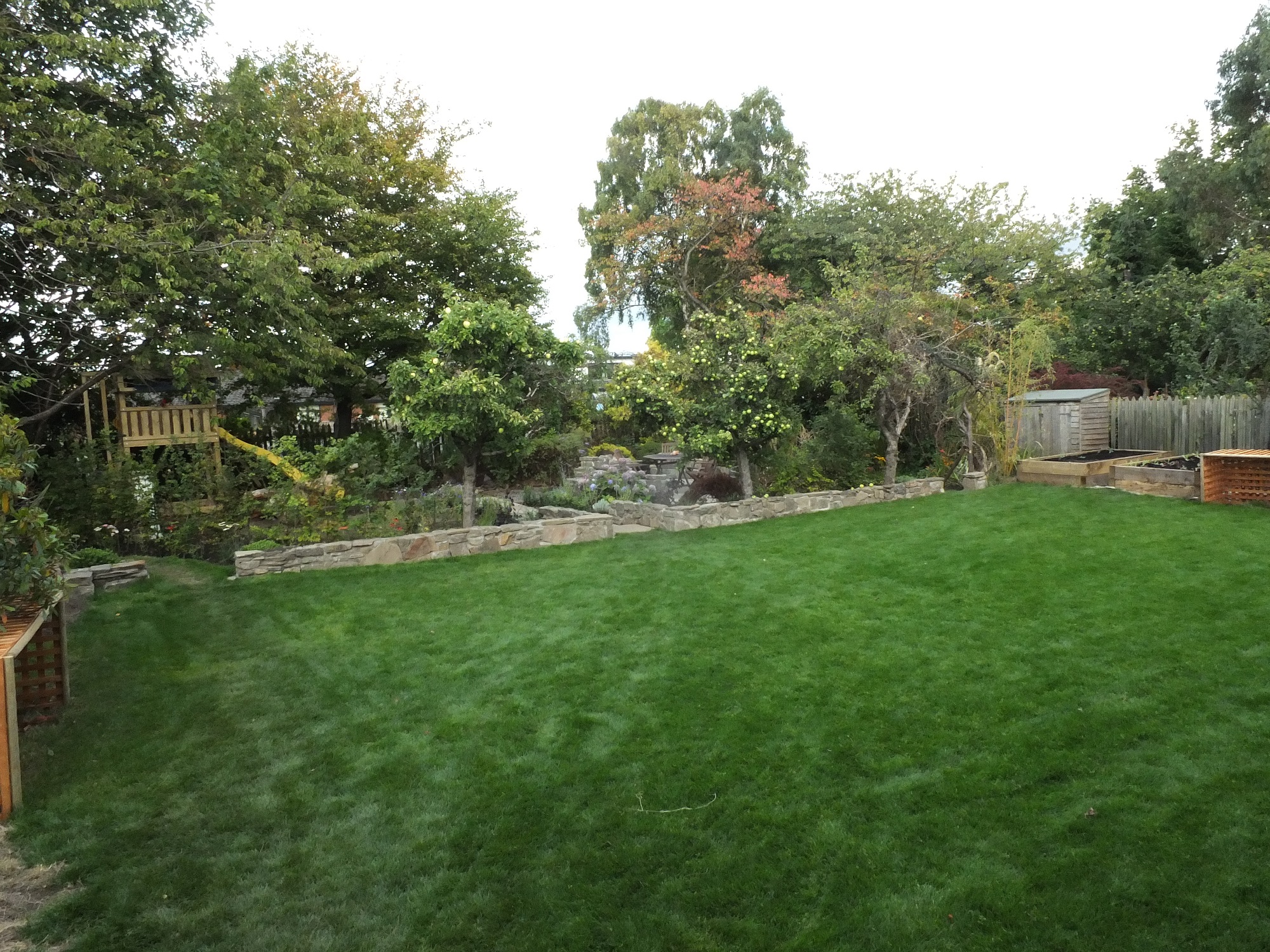 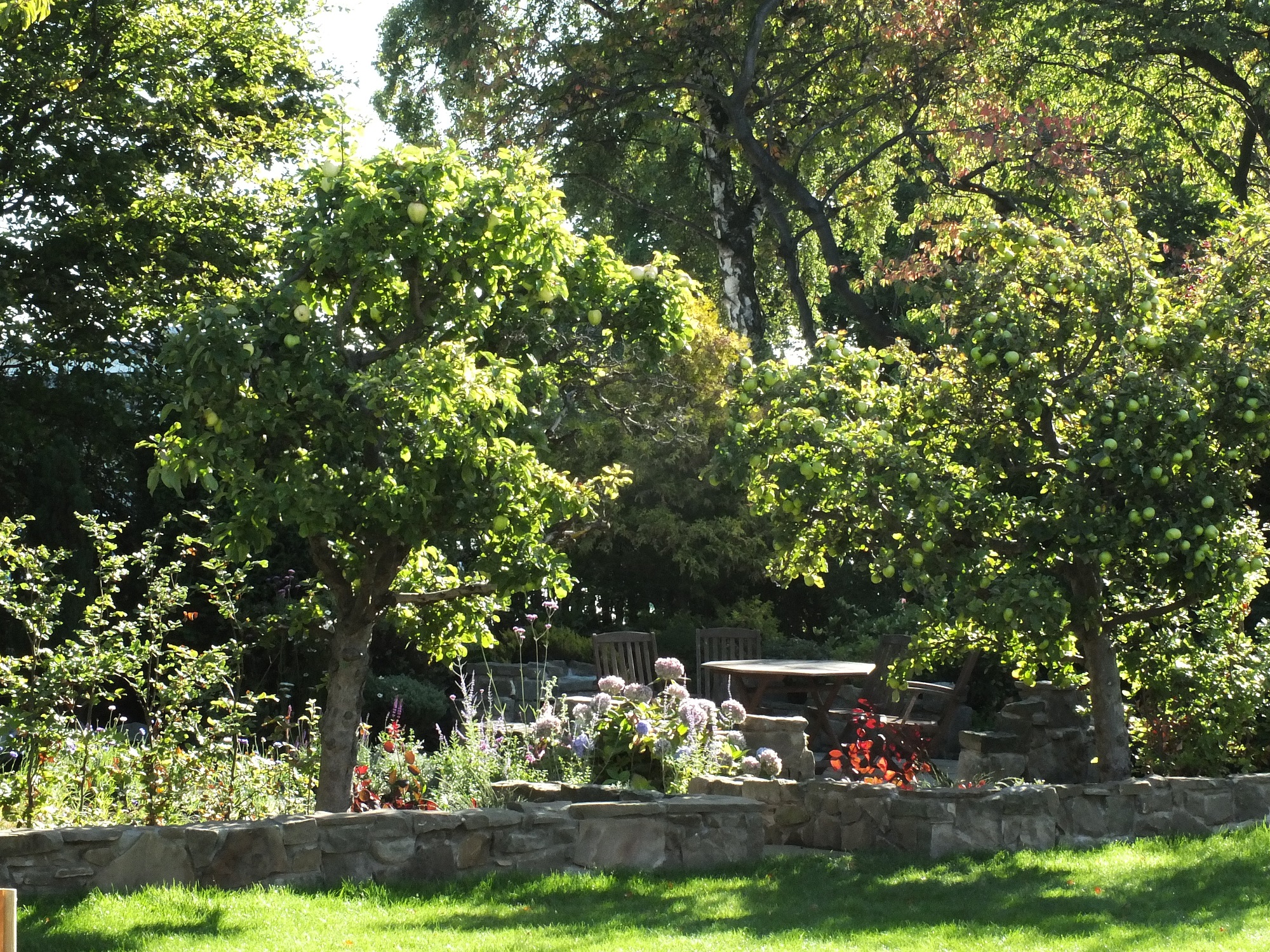 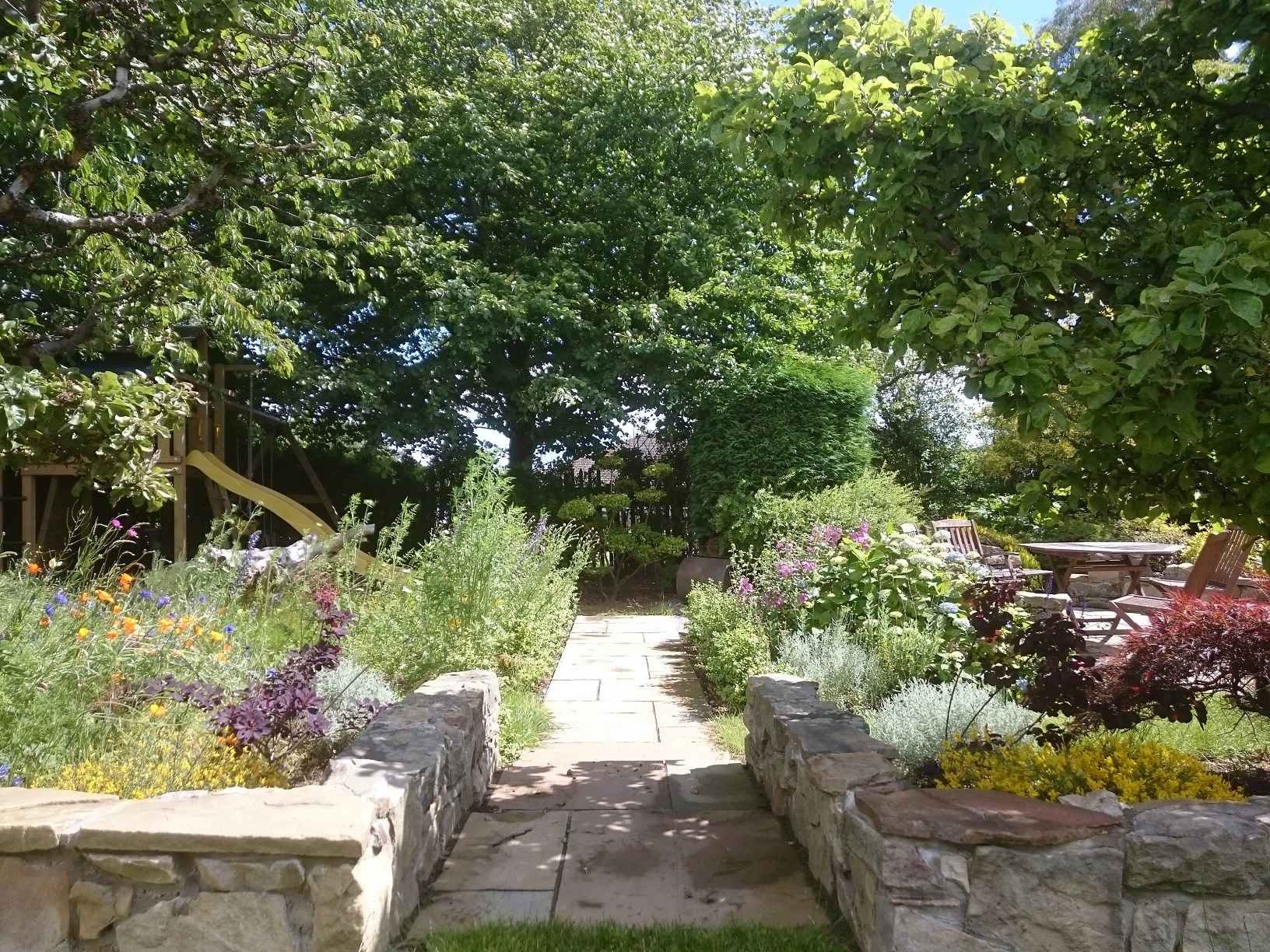 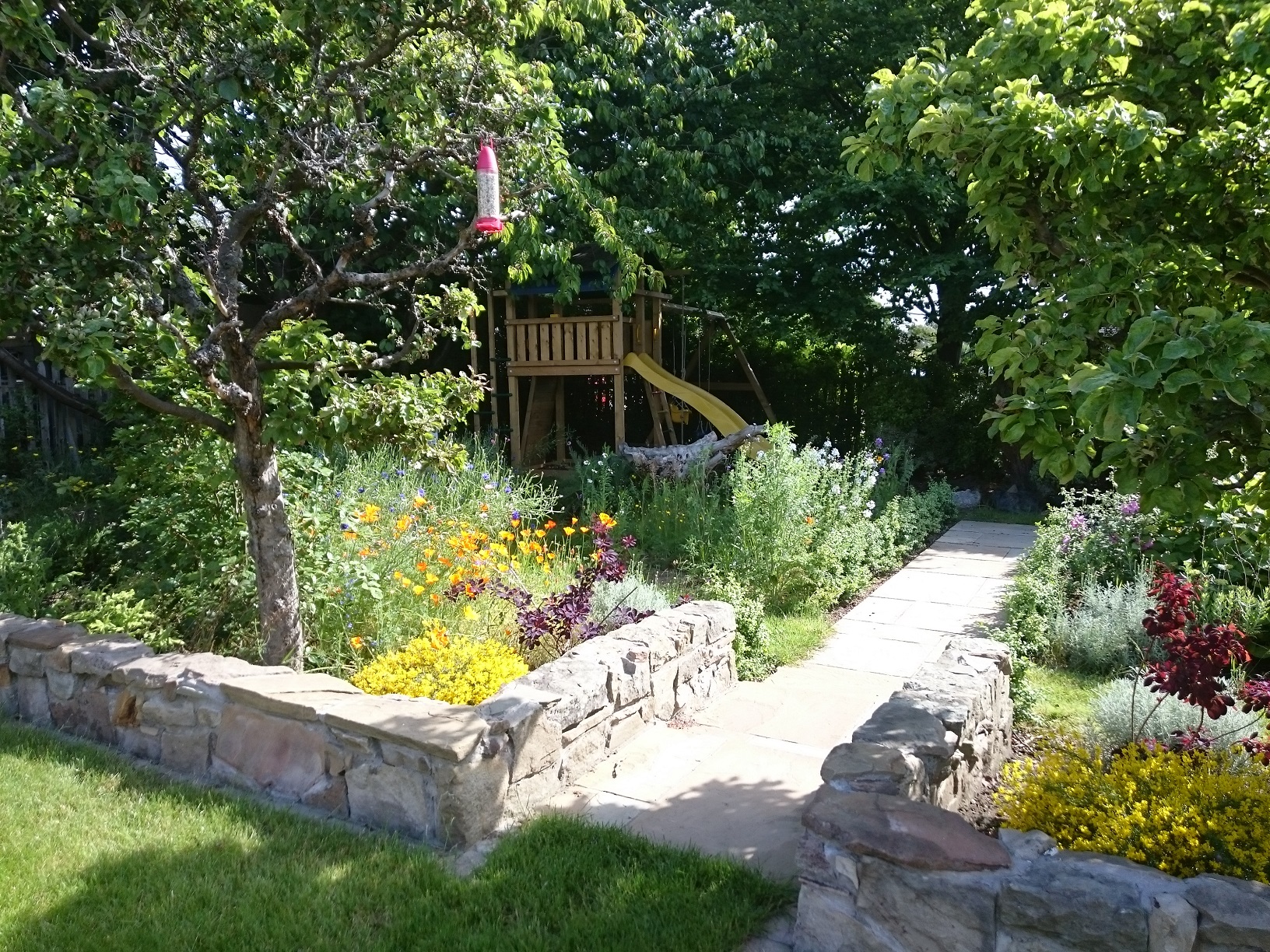 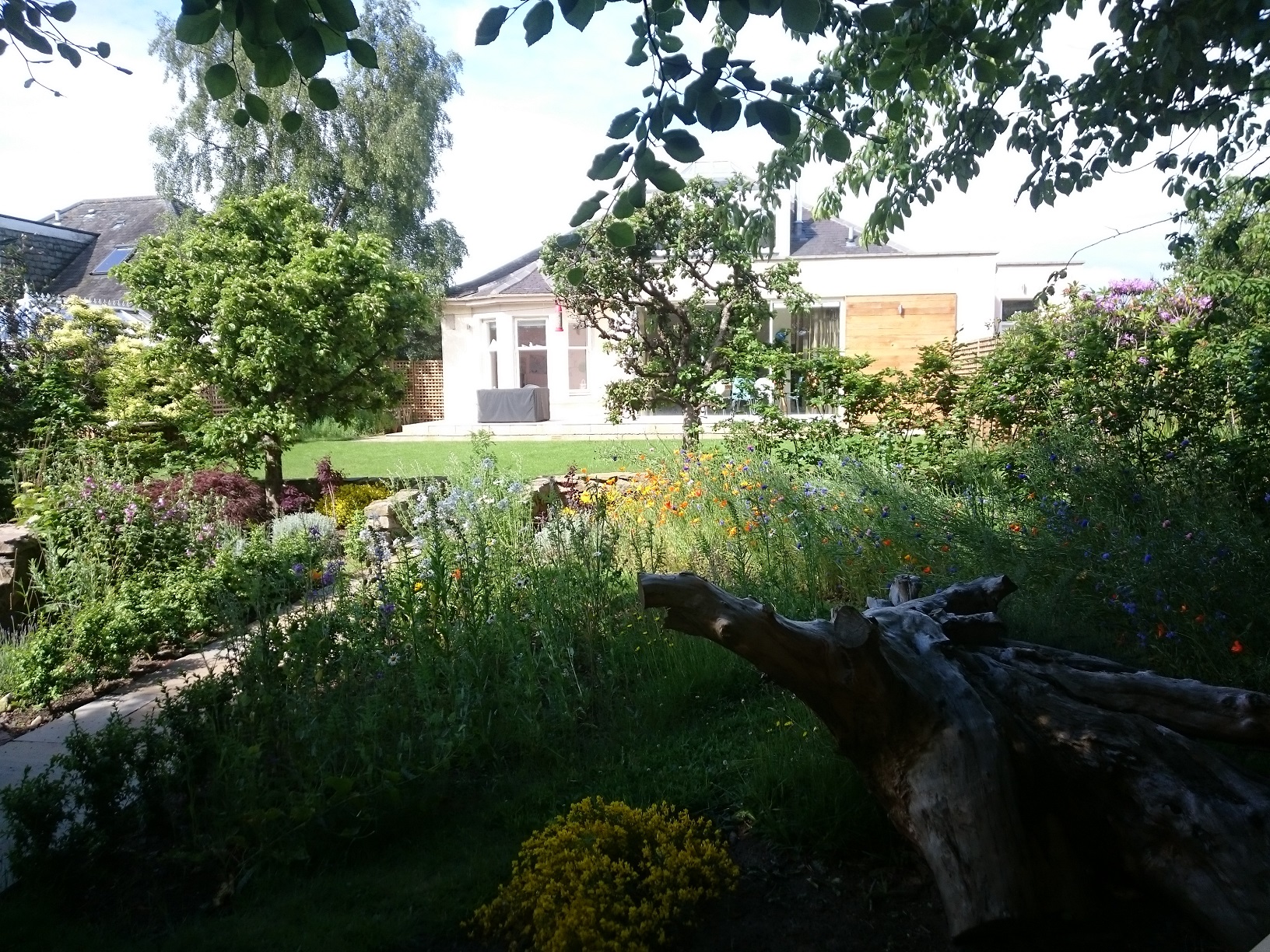 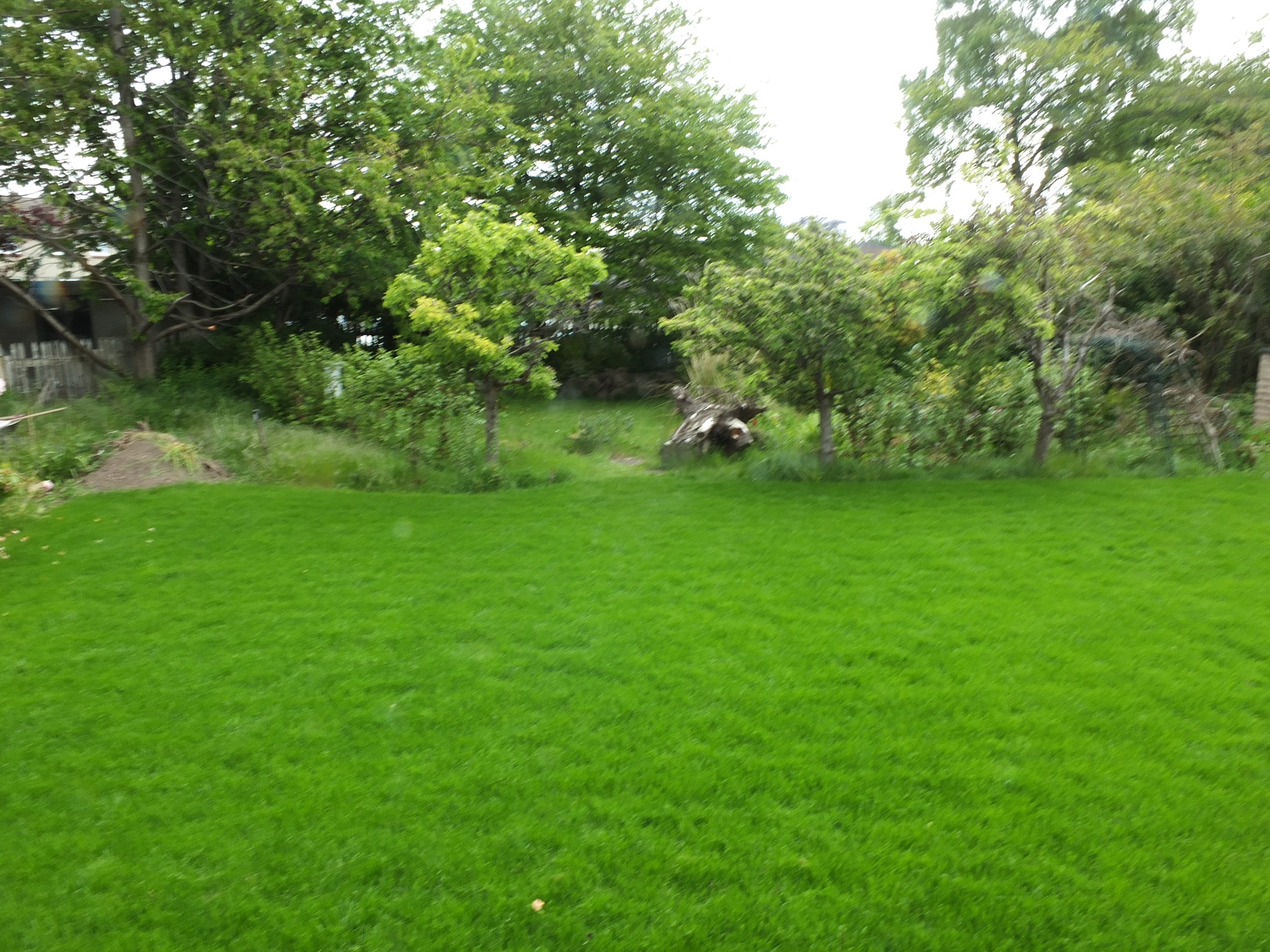 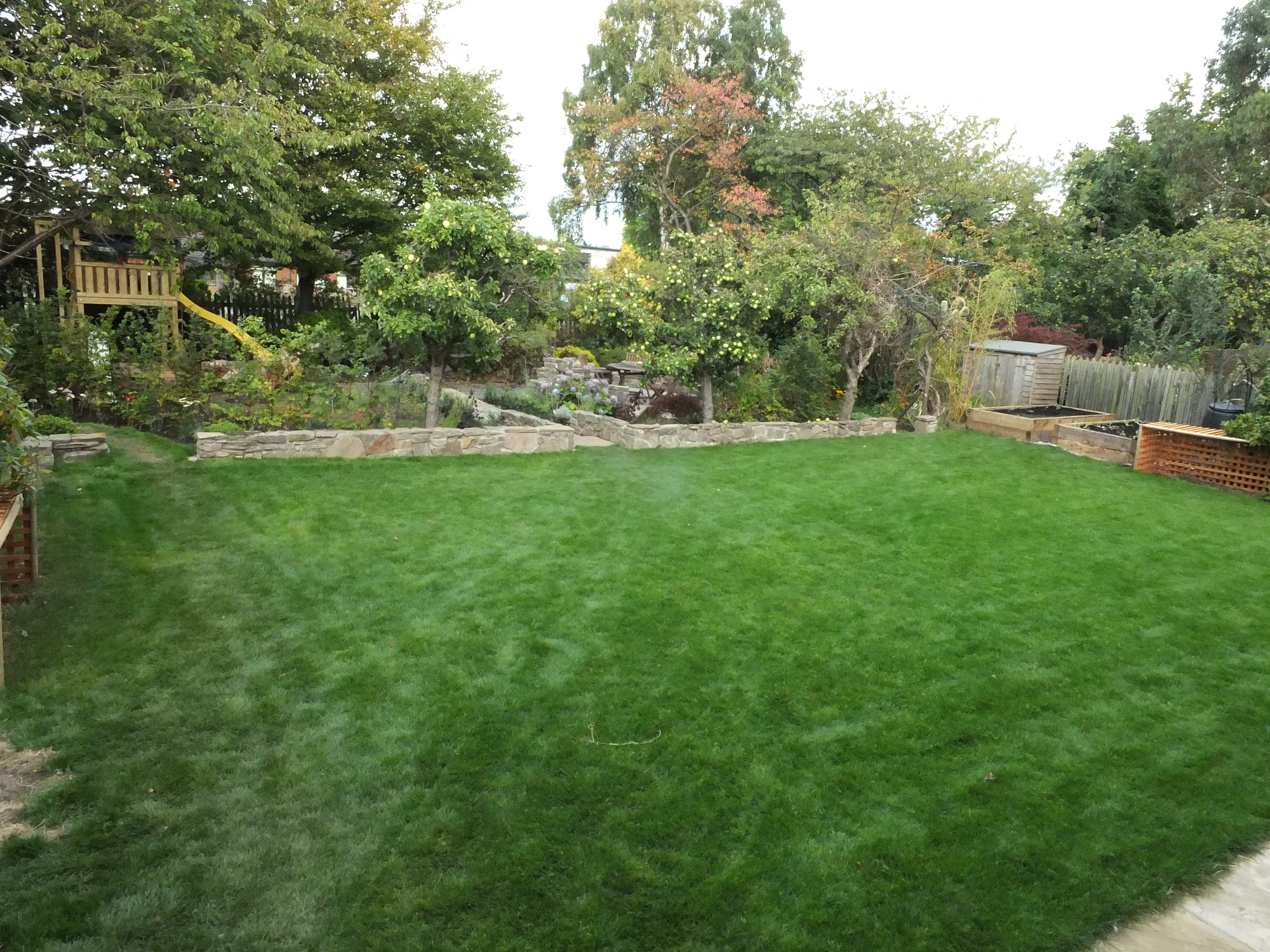 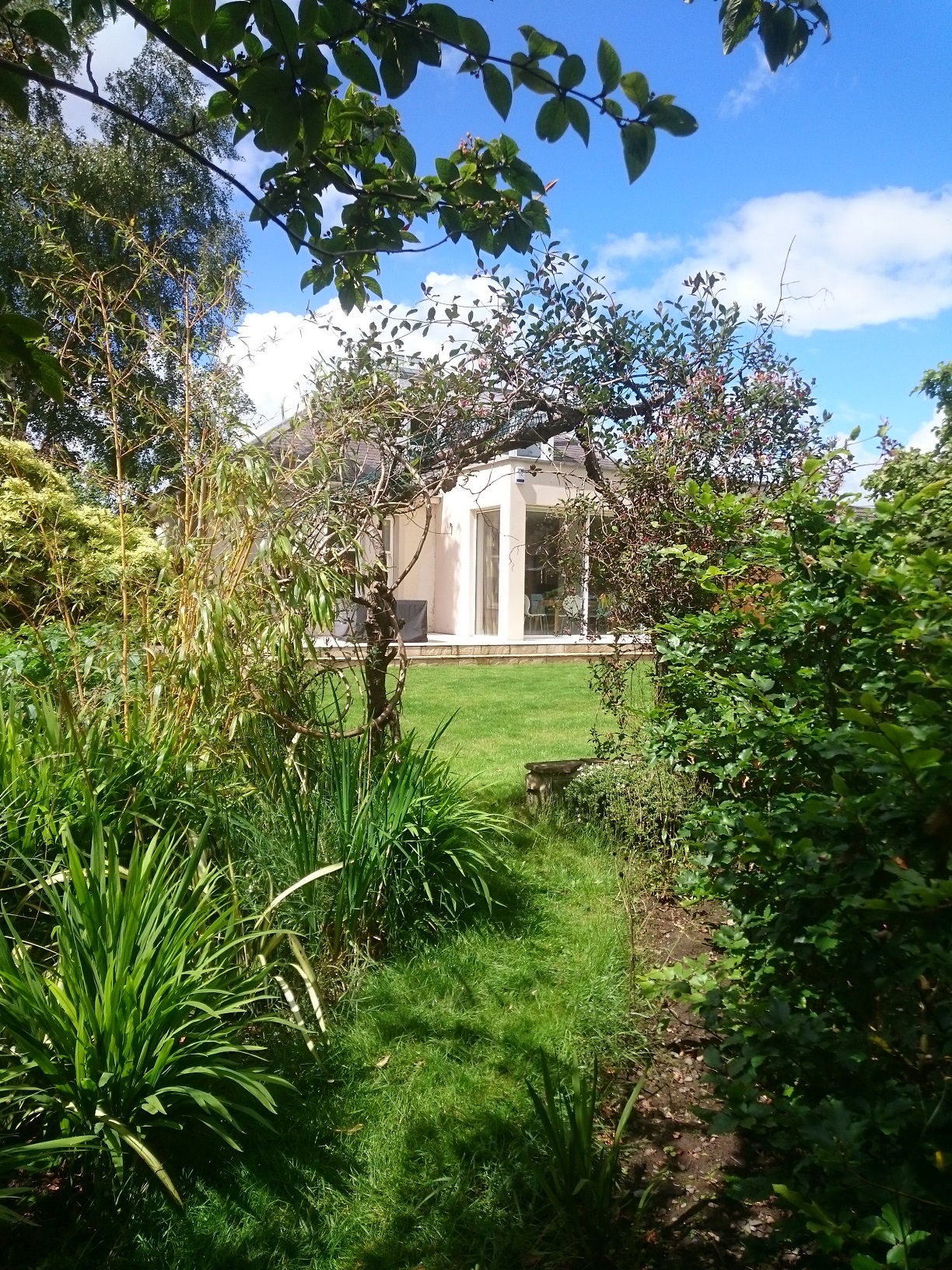 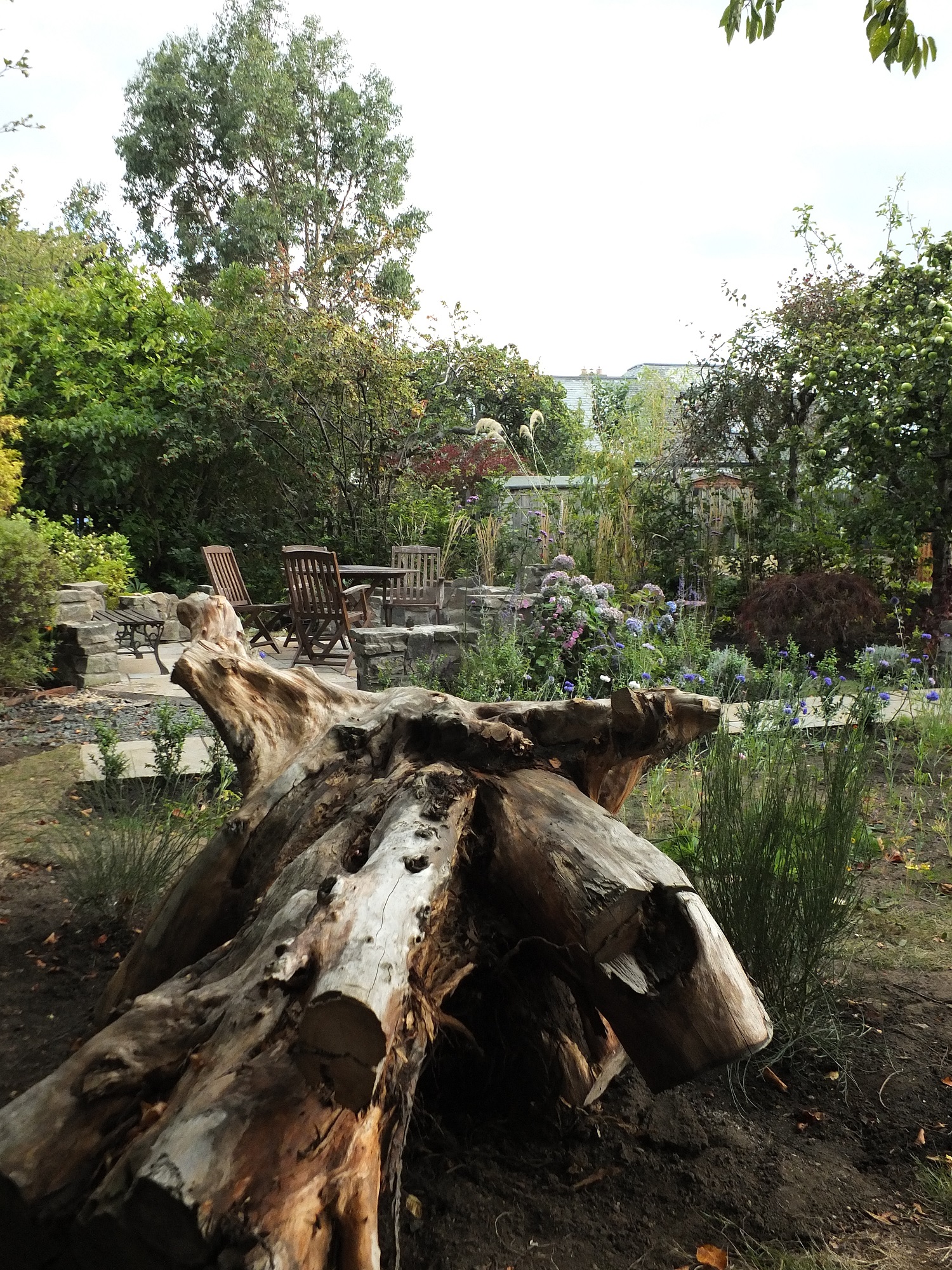 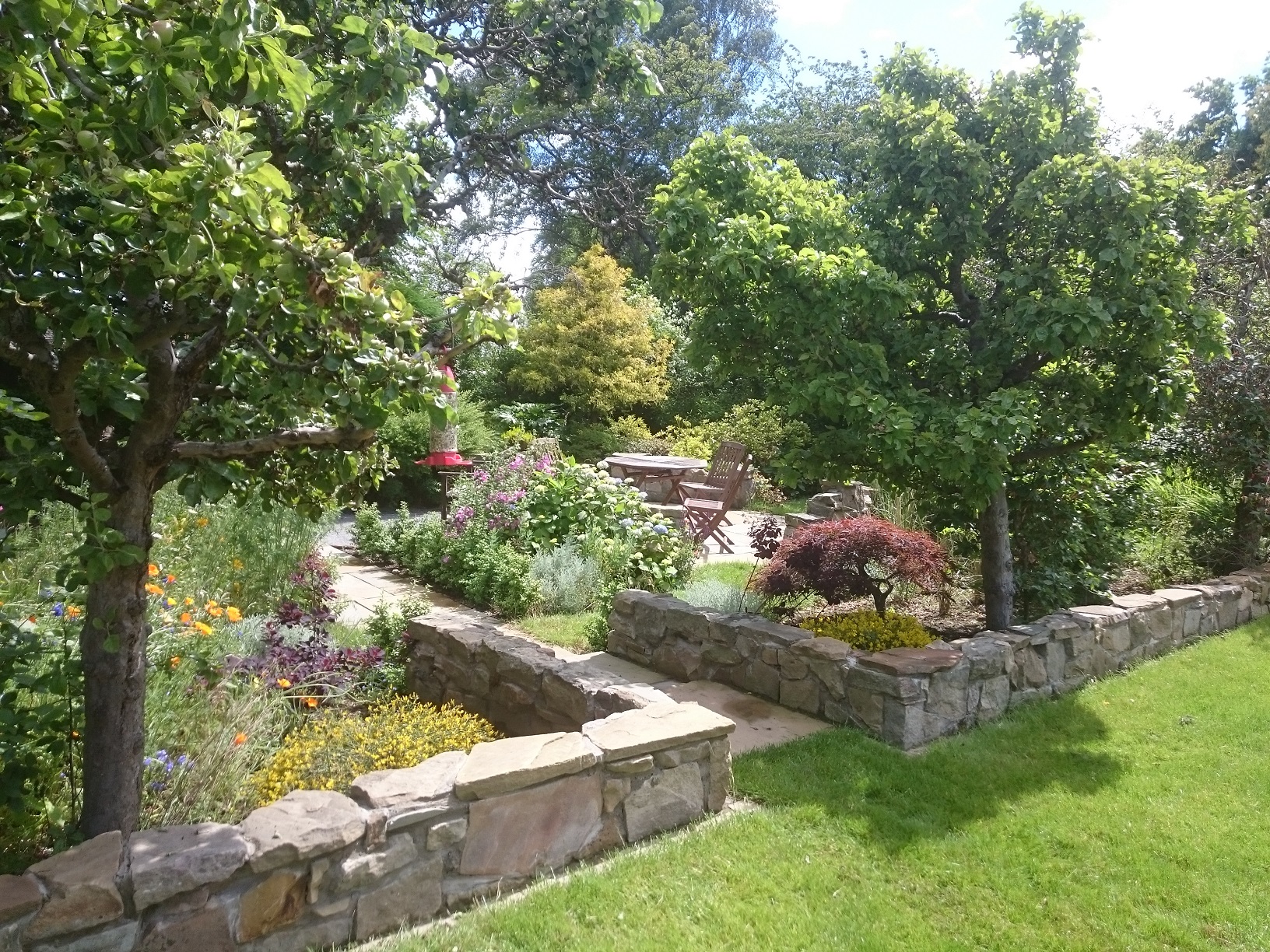 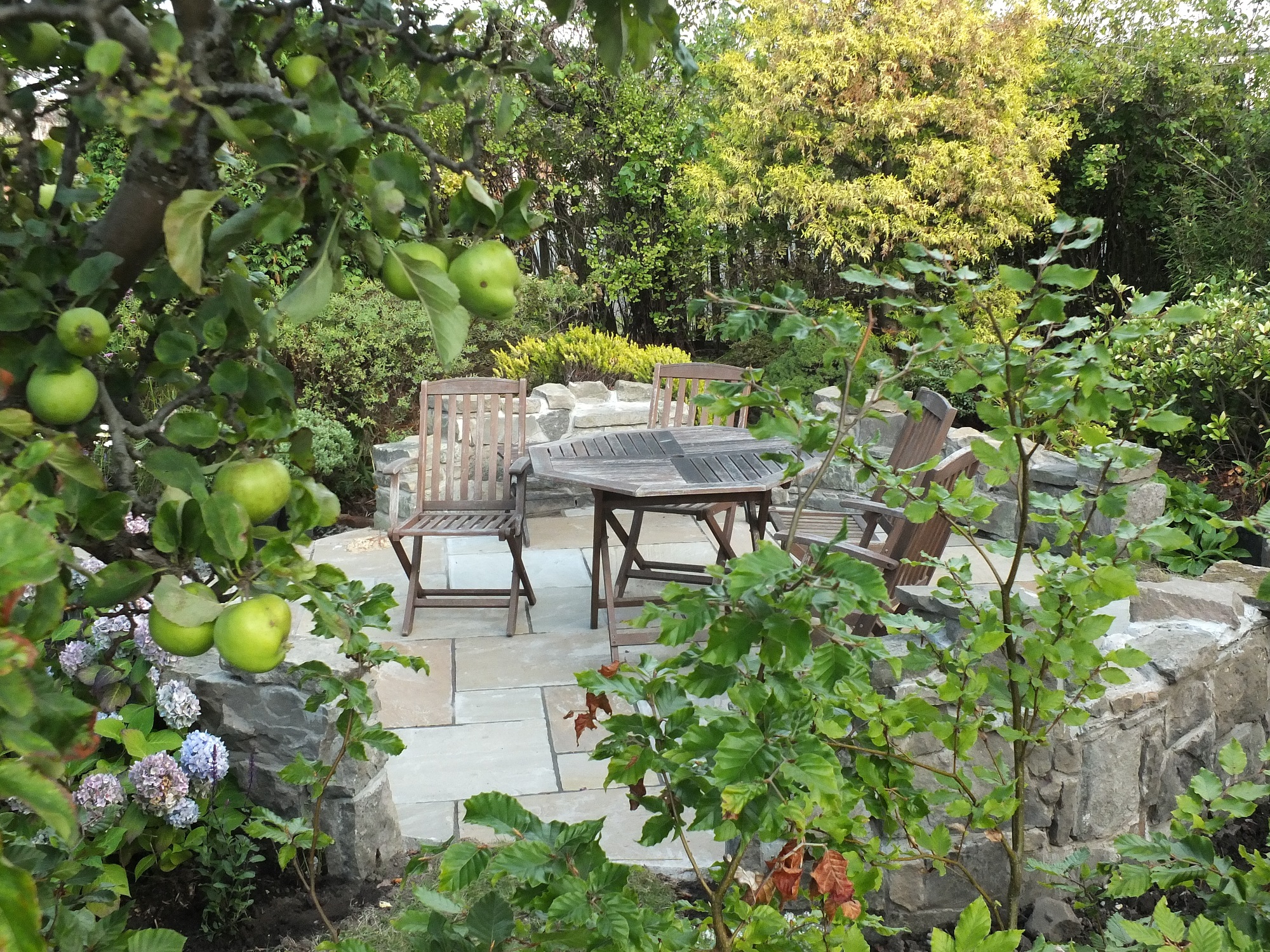 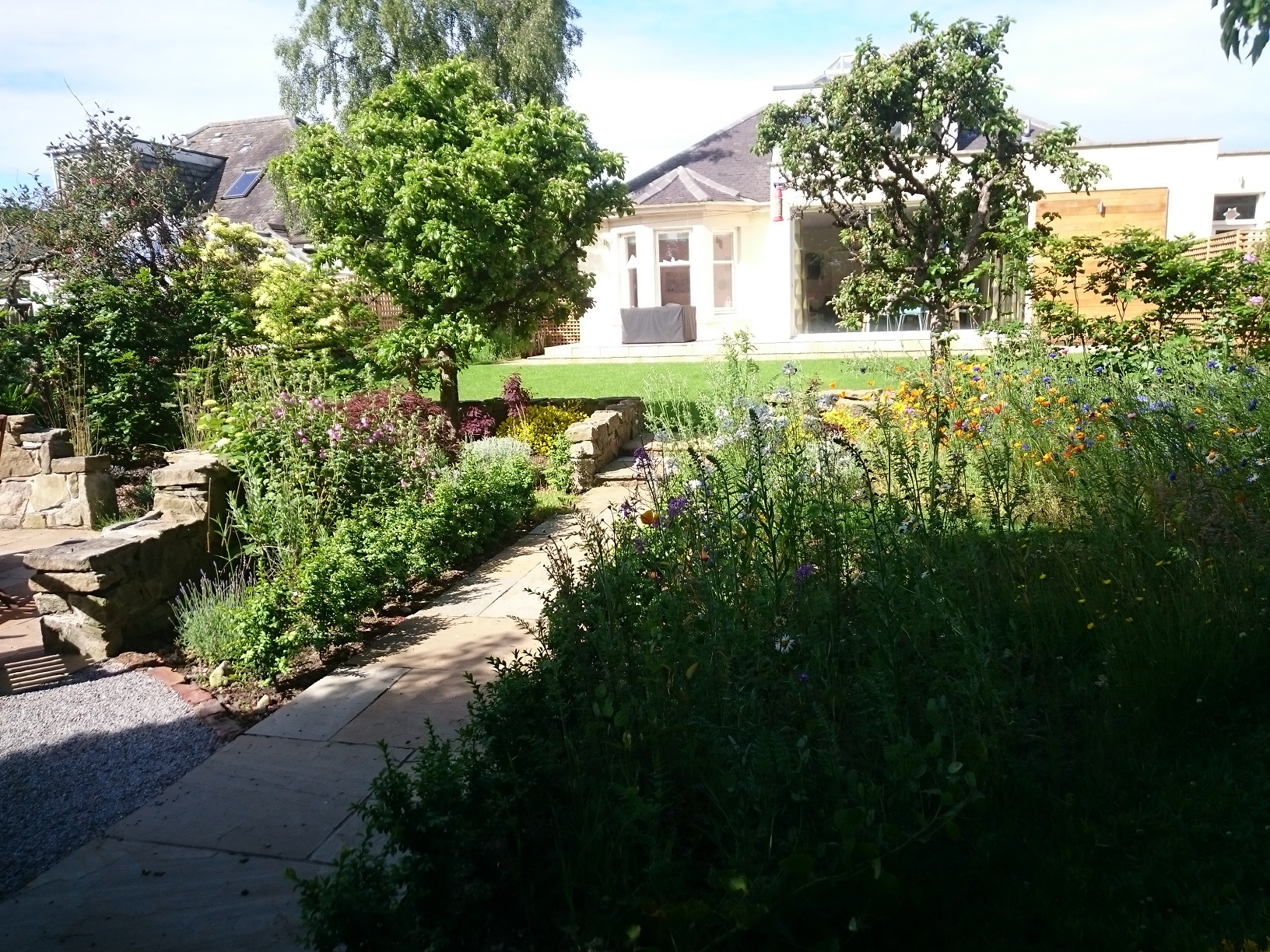 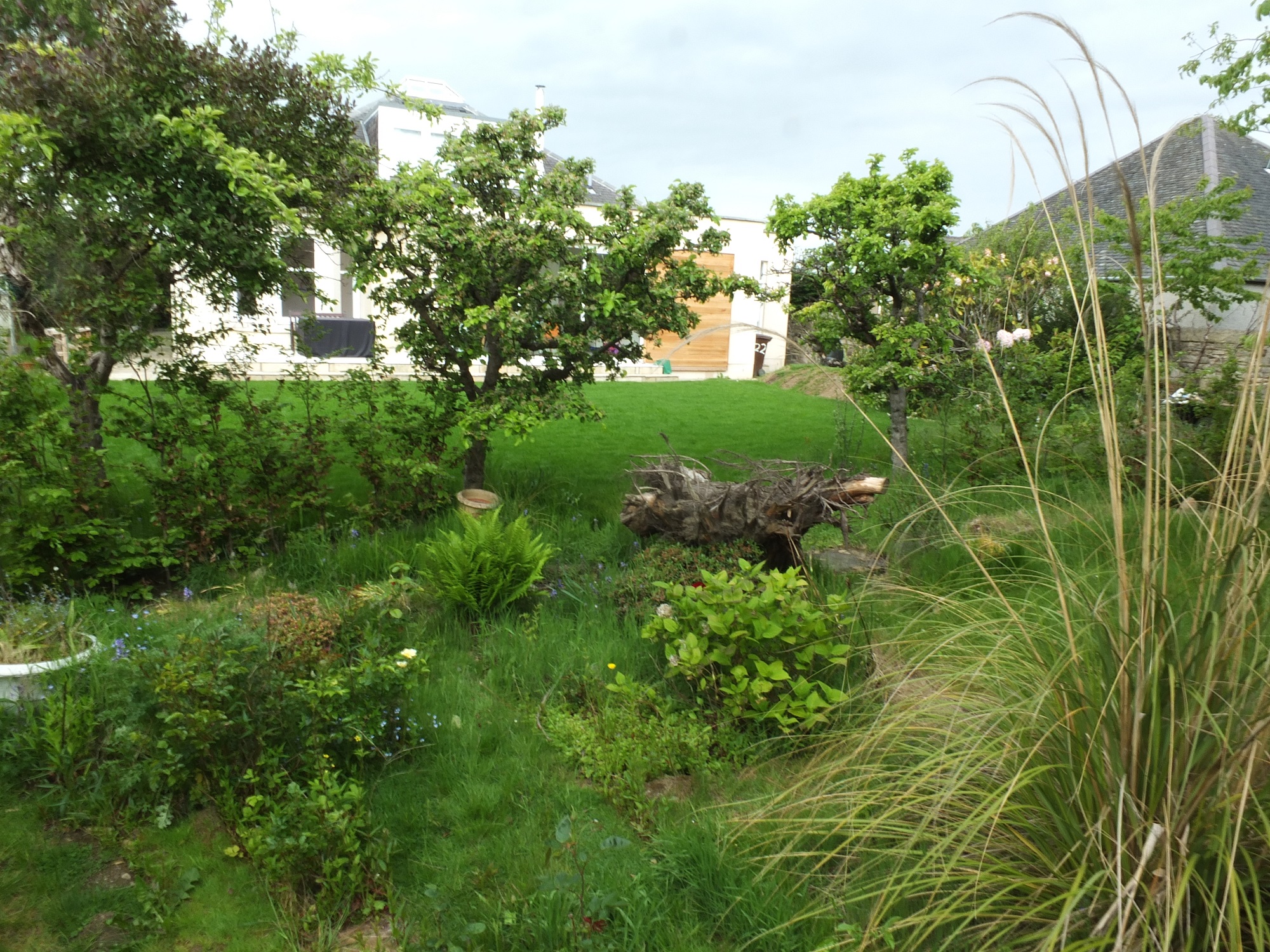 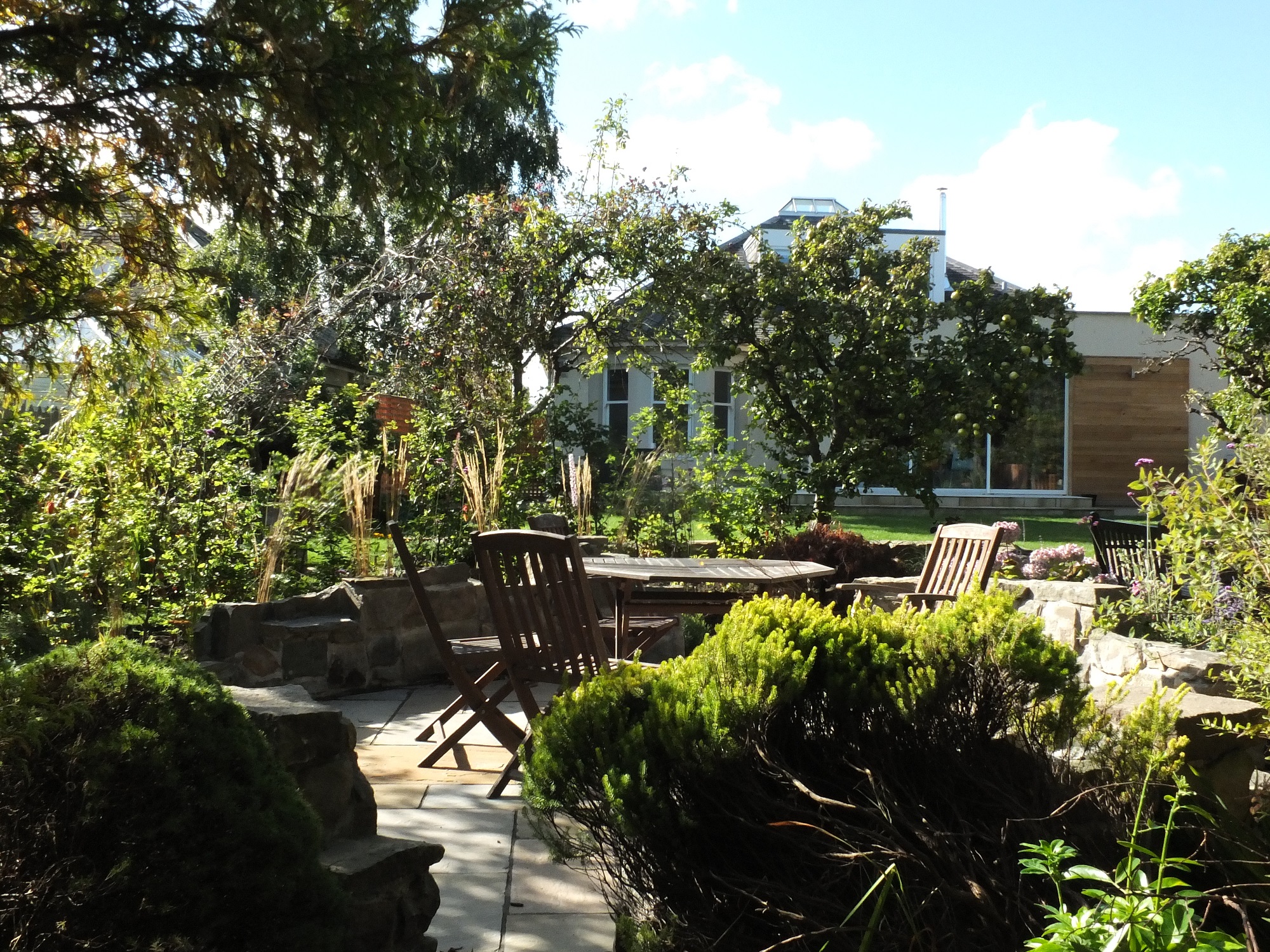 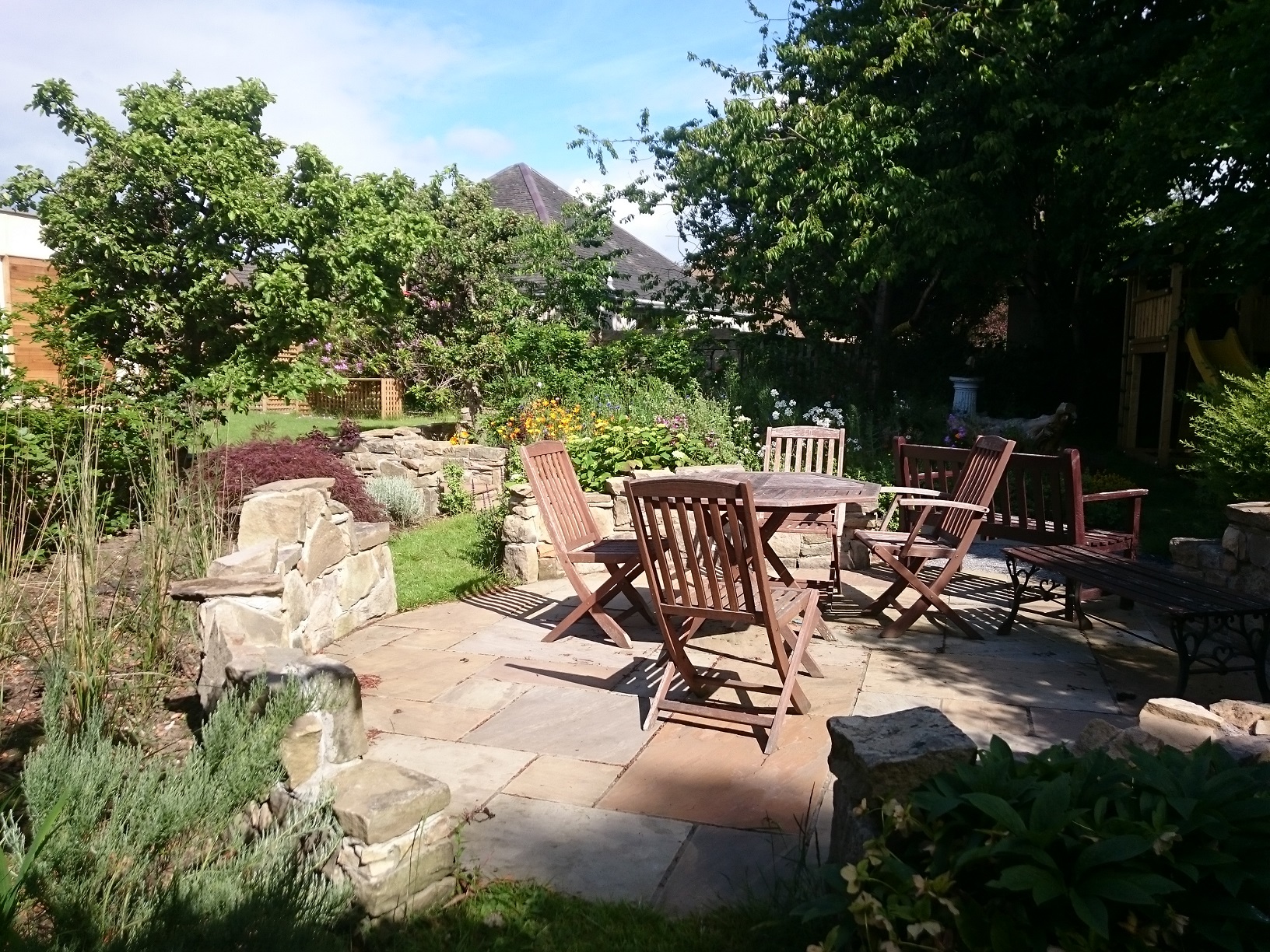